These days for the great delight of all fans of the Super Snake Mustang, after a half century   was introduced a refreshed version of the American icon for 2018.

It celebrates 50 years since the ‘67 SS ‘Stang”, and was revealed over the weekend at the Barrett Jackson auction. According to Shelby president Gary Patterson, the new model is “extraordinarily fast and a thrill to drive”.

Shelby collaborated with Ford Performance on improving the suspension and upgrading the braking system with big Wilwood rotors and six-piston calipers. Ford’s 5.0-litre V8 is now supercharged and makes 670hp as standard, with optional superchargers on offer able to pump out over 750hp. The new Super Snake Mustang comes with automatic or manual transmission, and the top version with a 5.0-liter V8 engine with Whipple and Kenne Bell supercharger with forced induction for 670 horsepower although optional superchargers would be available to push power output to more than fantastic 750 horsepower. They are sure that it would be enough for this “beast” for 3.5 seconds to develop from 0 to 60 kilometers per hour on pump gas and Michelin street tires, and run the quarter mile in just 10.9 seconds. Each car will come with a Shelby serial number that’ll be registered in the official registry of the brand. 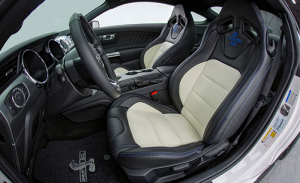 For this anniversary edition, Shelby has fitted a new rockers, new spoilers, new bonnet (with nostrils), a new grille and fog lights, a new rear tail panel and refreshed diffuser assembly and many stripes and Super Snake badges both inside and out. The cabin gets special door sills, a gauge cluster with Shelby by Autometer wireless gauges and the official Shelby serial on a dash plaque.

Only 500 samples will be built of this 50th Anniversary editions and each one will cost just $69,995. And as the Vince LaViolette-the Vice President of Operations of Shelby American said the 2017 Super Snake is a tremendous performance value. So we could agree with his words saying that “They fine-tuned their processes and materials to offer an agile, nimble and balanced car at a lower cost”. 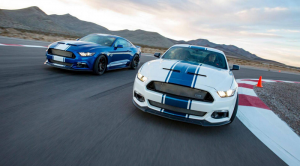